WITH OVER 80,000 STREAMS ON SPOTIFY NOVACAIN AND “RAY CHARLES IS BACK” IS SET TO IMPACT STREAMING SERVICES

Not seeing his blindness as a disability, NovaCain explains, “Becoming blind at 17 saved my life and now I will use my voice to positively represent the growing blind culture”. “Ray Charles Is Back” is NovaCain’s way of showing his gratitude to the Genius and his alter ego, Ray Charles. Like his musical influence, NovaCain exudes a strong level of creativity, radiates confidence with a great business savvy sense which people are impressively attracted to. On Ray Charles Is Back, NovaCain’s confidence along with the lyrics and track are totally in sync. During Black History Month and beyond, NovaCain will have people rapping along the infectious hook, Ray Charles Back. 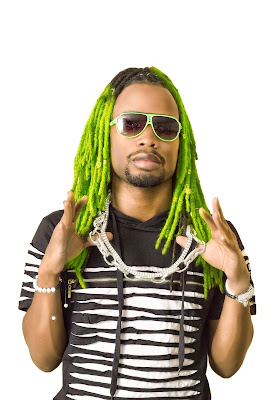 Within three short years, NovaCain has garnered almost two million online streams from runaway singles “Snapchat Party” and “I Should Have Went to College.” And with his latest single “Ray Charles Is Back,” NovaCain becomes the first blind rapper to impact Digital Radio Tracker Global Top 200 Airplay Charts with over 2,000 spins.


Rising from his early #154 entry on the DRT Global Top 200 Airplay Chart, NovaCain released the official visual for “Ray Charles Is Back” where the rapper fuses music and comedy in the video with a very shocking ending leaving viewers wondering if he’s really blind. Along with the visual, NovaCainis preparing to perform at a string of upcoming dates in the Midwest and Southern United States.


“RAY CHARLES IS BACK’ AVAILABLE NOW ON SPOTIFY