Luie Makenplays is ultimately known for being a proud father. He's a prime example of what it looks like for your child to motivate your every move. The creation of "No Wasting Time" was more than just creating a song. At that moment Luie was teaching Kasia that all it takes is one wrong move, so it's best to listen now and NOT WASTE TIME. 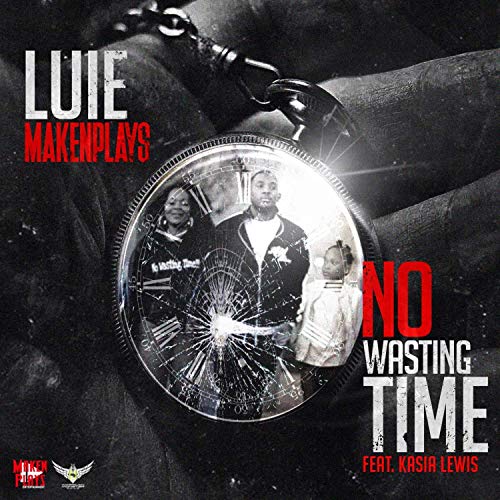 
No Wasting Time gives insight on how parents should have open dialogue with their children so that they know the child understands what they are being taught. Luie feels that every parent should have an open mind when it comes to disciplining their children as well. Children today are easy influenced by their peers and surroundings, which can result to procrastination and making bad decisions.
PROUD‎ fatherhood‎ isn't showcased very often in‎ the‎ music‎ industry.‎ Luie‎ wants this powerful melody to shed light on relationships between parents and their children, especially fathers with their daughters.


Luie & Kasia have already grabbed attention with this hit by performing in front of various crowds on different occasions, from homeless shelters to street fairs.


The Makenplays mission is to help the proud father community not only gain understanding of different perspectives in fatherhood, but to also gain recognition.
The lyrics speaks for themselves. There's NO WASTING TIME in anything that you do no matter the age. As parents, we must listen and learn from our children as well because parents still have room to learn and grow. This is what creates the bond and a better ability to steer our children in the right direction.


The intimacy of the “No Wasting Time” visual will draw you in closer to the message that Luie is determined to spread across the world. In the visual you see real life, day-to-day interaction between Luie and Kasia. The record has a smooth R&B feel mixed with hip hop produced by the great @savvybeatz.


Be on the lookout for the next show date. A live father and daughter performance with a real bond is guaranteed to blow your Mind!!