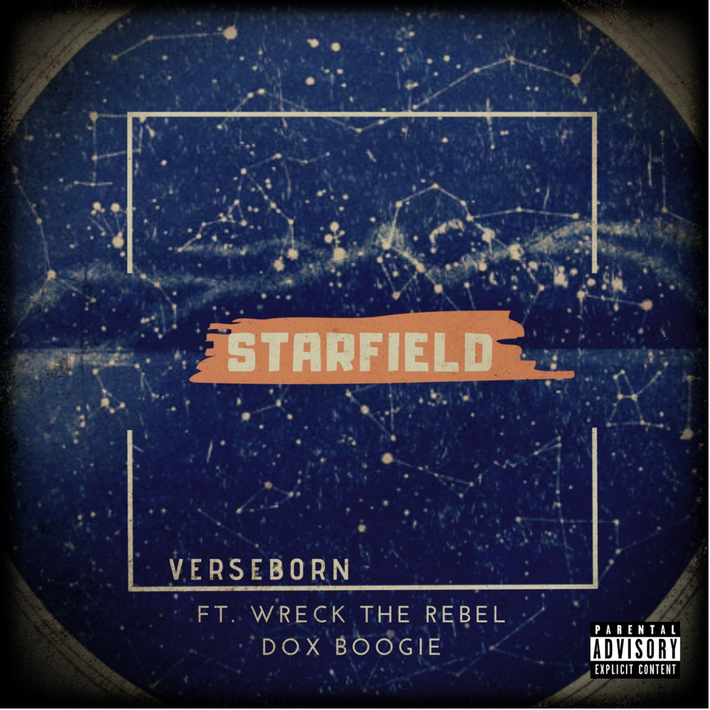 Starfield, produced by #VerseBorn, instantly teleports the listener deep into the cosmos as the opening sample sets the tone for full expansion of ones mind. As VerseBorn slices through the ambiance with the cleverly crafted quips we’ve all come to admire, one cant help but to be drawn in even more due to the simplistic yet complex orchestration of the accompanying beat.

Enlisting the talent of East Coast’s front runner #DoxBoogie adds an intricate element to the track allowing all styles to mesh together seamlessly. Dox, well-known throughout the world of #undergroundhiphop, steps to the mic and demonstrates that his bars are just as potent as his #boombap!

Summoned for the third triade is the illustrious West Coast lyricist, creative director and radio personality, #WreckTheRebel. The #cutthroathippiegang’s king of quotables delivers a dashing reverence rounding out the track while showcasing his highly regarded enthusiasm and intricate wordplay.

Stream and download “Starfield” by VerseBorn ft. Dox Boogie and Wreck The Rebel, and remember to keep your eyes skyward as these rising stars eclipse the light to shine a fresh new light on the game from both coasts.