16 Bars, the official documentary soundtrack, offers a rare glimpse at the stories and songs locked away in our nation’s jails and prisons. The documentary follows a unique rehabilitation effort in a Virginia jail that encourages inmates to write and record original music. In the jail’s makeshift recording studio, four men collaborate to produce an album with Grammy-winner Todd “Speech” Thomas of Arrested Development. As the creative process unfolds, these incarcerated artists confront their pasts, and dig deep to express the trauma of living through poverty, addiction and violence. 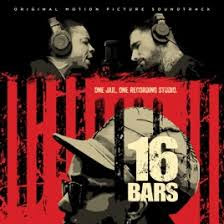 The film, and this album, documents Speech’s journey to the Richmond City Jail, where he conducted music workshops with inmates. His goal was to shed light on the complex issues in our criminal justice system by bringing the voices and stories of incarcerated people to a larger audience. Not only does this album succeed in that goal, it showcases the incredible artistic skill held by these men, whose stories speak to much larger issues – and who are only 4 of the 2.2 million incarcerated people of America. 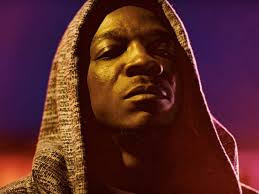 “Inspire” is the first single from this album, by rapper Teddy Kane. Here, Teddy tells his story framed within the issues that plague our nation. In spite of the unaddressed struggles that exist for him and his community in Jackson Ward, and for countless others around the country, he throws a hail mary of hope. His raps are pure, raw emotion and honesty, with a flow and cadence comparable to 2Pac. We’re left with the heartbreaking story of a man, an indictment of the system that creates this suffering, and an inspiration for all of us to do something greater. While recording “Inspire” with Speech in Richmond City Jail, Teddy envisioned a children’s choir to sing the chorus – and that’s exactly what Speech made happen.