Shreveport recording artist “D-Money Duhh” has struck social media with another banger once again. The Louisiana rapper was initially recognized in 2017 for his viral single “Backpack Loaded Up”, which did over 3 Million SoundCloud plays! This time D-Money recently released a XXL Freestyle, which was first noticed and played on Tory Lanez #QuarentineRadio and appeared to be shots fired at any type of competition D-Money has. 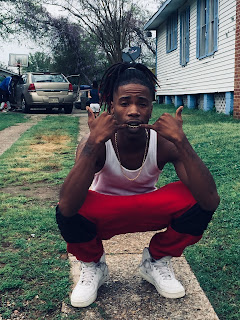 The Freestyle always was noted to have been a remade instrumental of the 2019 XXL Freshman Cypher Featuring Da Baby , Yk Osiris , Megan Thee Stallion and others. There hasn’t been a major artist emerge from out of northern Louisiana since the Hurricane Chris era. The Shreveport rapper just launched his very own website ( www.dmoneyduhh.com ) With major labels monitoring this young mogul’s every move, there’s only a matter of time before his peak. Will this artist have what it takes to uphold Louisiana with the rest of the legends?