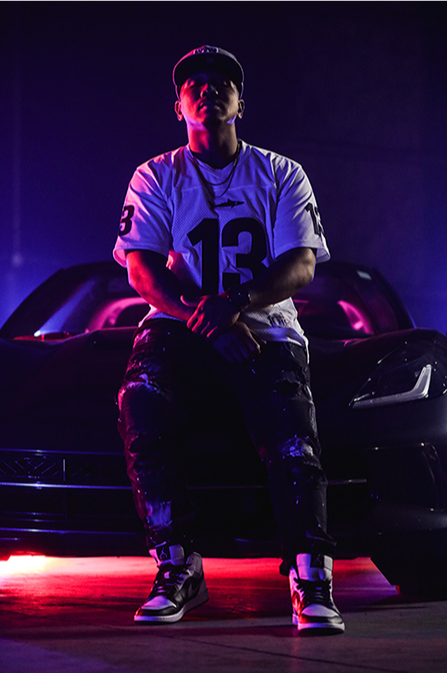 This past week Atlanta based director and artist Ray Knowledge released hislatest record "All The Way". On the project, Knowledge says, “ I want people togo for what they want in life. Don’t let anyone or anything stop you. You need to go“All The Way".
Drawing on a range of sounds and samples, (courtesy of producer George Rose), this record is a certified banger and stadium shaker. Knowledge’s cadence accentuates the tone and delivery of a polished vet, you can easily witness how he masterfully executed his verses while holding constant energy throughout.
When Knowledge is not behind the mic, he’s behind the camera. As an established director he holds credits on media productions in collaboration with several CHH Based artists including Grammy award-winning Gospel & RnB artist Rudy Currence, Canton Jones, Uncle Reece, and Erica Mason; just to name a few.
Furthermore, Knowledge is gearing up for a big year with several collaborations on the way, allowing his audience to live through his musical tales he tells through the lyrics and the lens. Stream the new single and keep an eye out for the Atlanta rapper.


Click Here to Stream "All The Way" via Spotify

Email ThisBlogThis!Share to TwitterShare to FacebookShare to Pinterest
Labels: All The Way, Ray Knowledge, Single