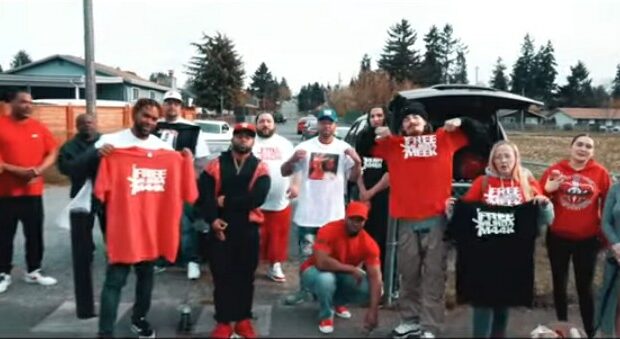 It's "Double4mobb" Don "Murda M44k"(MEEK) coming live and direct from the Eastside of "Tacoma,Wa" after being locked down for 17years "Murda M44k(Meek)" doesn't let that stop him from serving up some of the realist bar's, his latest visual installment Murda teams with fellow double 4 mobsta "LNG KNIGHT" for "Whole Lotta" even though he's not there his Naybahood is still filled with "Whole Lotta" gun smoke.