Maurica Newby-Ferguson was born Jan 11th 1992 in Rockford, Ill. Maurica, better known by her stage name LucyLu grew up on 106th N Mill Rd in Milwaukee, Wi. LucyLu started writing music with her childhood friends at the age of 16. After high school LucyLu moved to Grand Rapids, Michigan where she released her first mixtape in 2012, called “My Name Ring Bells”. 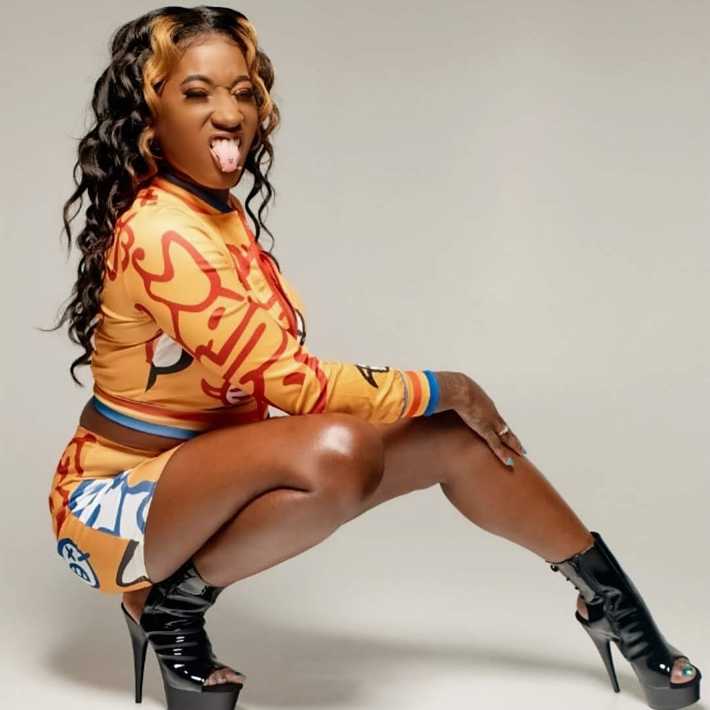 In 2016 she released a second tape called, “The Female Mentality of LucyLu”. Throughout the early stages of her career, LucyLu appeared on the 52nd W Clyde Park tv show in Grand Rapids. She has also performed in many other cities & states around the U.S LucyLu has recorded shows and performances in Atlanta, Ga, Detroit Mi, Louisville Kentucky, Chicago I’ll, Green Bay Wi, her home town Milwaukee, Wi and the list goes on. LucyLu has won awards such as, Milwaukee vs Chicago (Best R&B Artist & HipHop Artist) and (Best Female song writer). LucyLu is humbly inspired by many different artist of all different genres, and even musical movies like The Temptations, The Five Heartbeats, Get Rich or Die Trying, TLC (Crazy, Sexy, Cool) and Notorious. LucyLu enjoys listening to artist such as, Derez Deshon, Chris Brown, Yella Beezy, Pnb Rock, Yung Bleu, and a few hometown artist as well. LucyLu music style is diverse and different yet original. She has a mixture of grown & sexy yet authentic and motivating. throughout life’s lessons and determination, LucyLu is more focused than ever. In 2018 she released her latest mixtape “LucyLu Back In Mode” after taking some time to work with other artist and focus on getting her name out there as an independent artist. LucyLu considers herself to be a singer & song writer with rap skills. She looks to write for other artist in the near future, and work with some of the major artist in today’s industry. It has been a long time coming, but LucyLu is excited to keep working and see what the future holds for her.