Jocelyn, better known as Jahzi is a Chicago Native, she was raised by her grandparents and mother as a child. Early in life, Jahzi was captivated by music. For as long as she could remember, her grandfather would sing Etta James “At Last” with her, and it became a favorite for Jahzi. In her teenage years her and cousins formed a girl group named “JKT” which they used to put on shows for family gatherings. The whole dance and singing routines. As a result of this experience, Jahzi was motivated to pursue a career in music and modeling. 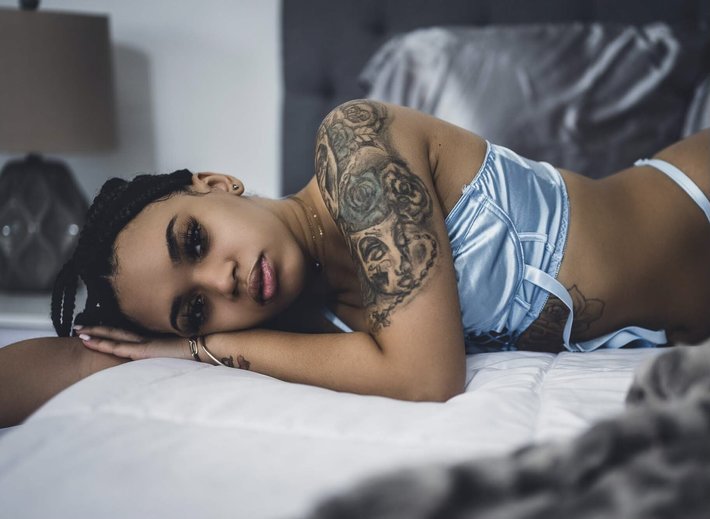 It wasnt until after high school Jahzi began experimenting with all genres of music, she used music as an influence to express her life experiences and thoughts. She began writing poetry that transcended to music. Heavily influenced by Chris Brown, Summer Walker, Beyonce’ & Mary J. Blige music combined with real life experiences became the inspiration for her music which she crafts into powerful compositions that evoke strong emotions in listeners.
After a variety of life experiences & situations and some detours in life music truly became the medium through which she was able to convey her narrative. In addition to her modeling career she has also begun pursuing. She continues to write, record and perform her music performing at various showcases across Illinois & Indiana. She opened up for Chicago Music Legends Twista, Do or Die, Crucial Conflict & Shawnna at Chopfest 2021 hosted by Power 92 Chicago. In addition to placing 5th out of 35 artists @ Coast to Coast Live National Showcase. Her Song “Fiji” Ft Via Drexxx was performed.
Thereafter she Released her single “Trippin”. She has not stopped her drive, motivation and desire is real and this music/modeling journey is her reality. Its her dream to pursue her career by working hard to create a strong fan base, put out “feel good” music and be successful at it.

Jahzi is managed by Breadwinning Enterprises, the management company that discovered, developed, marketed and promoted her music (She Noted its not everyday somebody believe in you and go all the way to see you thru your dreams and make them reality, my management did that and is truly appreciated)
It is safe to say that she is a blossoming RnB/Hip Hop sensation. She is fueled by ambition and determination and will continue to grind and push all the way to the top. The first gold voice of our newest RnB/Hip Hop rising star has arrived.
Look for her line of clothes coming #Summer2022
Posted by Breezy Says at 1:11 PM